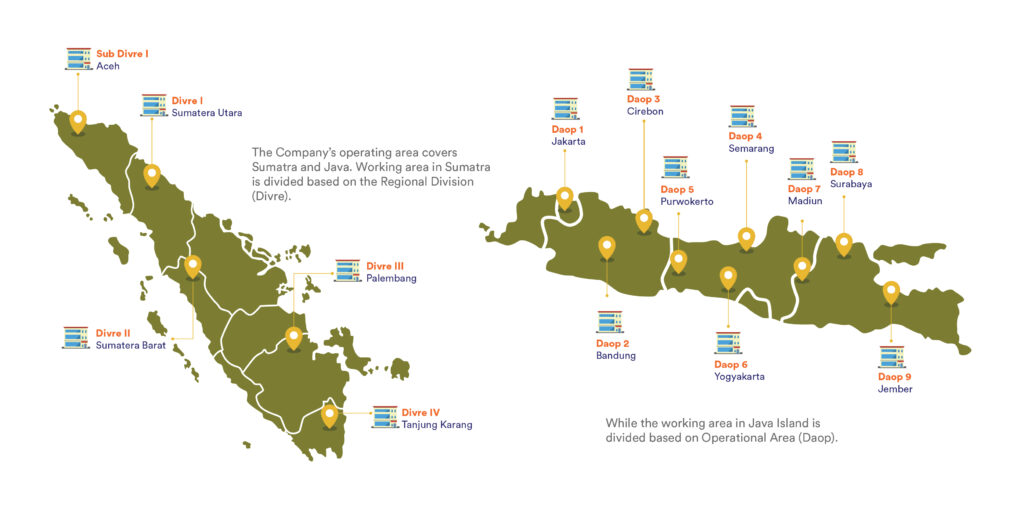 The first railways in Indonesia were built on the island of Java, using 1,435 mm (4 ft 8 1⁄2 in) gauge. During the Japanese occupation, they were converted to 1,067 mm (3 ft 6 in) gauge. At its greatest extent, the Javanese network had a length of 4,807 kilometers (2,987 mi), connecting most parts of the island. The Javanese network train (in Java Island) is divided into nine operating divisions (Train operation area or DAOP).

Medan railway station, serving intercity trains as well as Railink airport train service to Kuala Namu Airport In Sumatra as of 2013, there are 1,869 kilometers of track, of which 1,348 km are operational. Several unconnected railway networks were built in the time of the Dutch East Indies: Plans to connect up and fix these isolated lines are included in the Trans-Sumatra Railway plan. Railway services in Sumatra by operational is divided into three regional divisions.

In 2010, plans were announced for Kalimantan to get a 122 km long 1,435 mm (4 ft 8 1⁄2 in) standard gauge railway for the transport of coal between the Muara Wahau [id] mine and the port of Bengalon. In January 2016, Russian Railways reported that its construction of a railway in Kalimantan will finish in 2019.

In 2019 it was reported in Gapura Bali that Wayan Koster, governor of Bali, “is keen to improve Bali’s transportation infrastructure and is considering plans to build an electric rail network across the island”.

The Trans-Sulawesi Railway is under construction, and will be built with 1,435 mm (4 ft 8 1⁄2 in) standard gauge which is wider than the 1,067 mm (3 ft 6 in) cape gauge used in Java and Sumatra to accommodate more weight and speed.

A 440km railway from Manokwari to Sorong in Papua is planned. 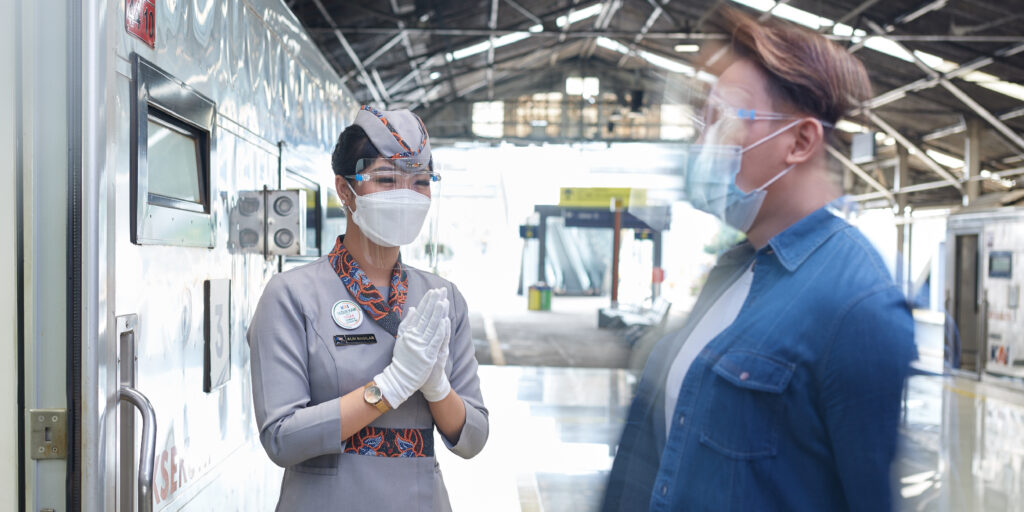 It doesn’t stop there, the LRT (Light Rail Transit) is also ready to serve passengers in South Sumatra as well as Jakarta, Bogor, Depok, and Bekasi (Jabodebek). KAI has operated the South Sumatra LRT since 2018 to serve the biggest sporting celebration in Asia, namely the 2018 ASIAN Games. The Jabodebek LRT is currently still under construction and is expected to operate in 2022 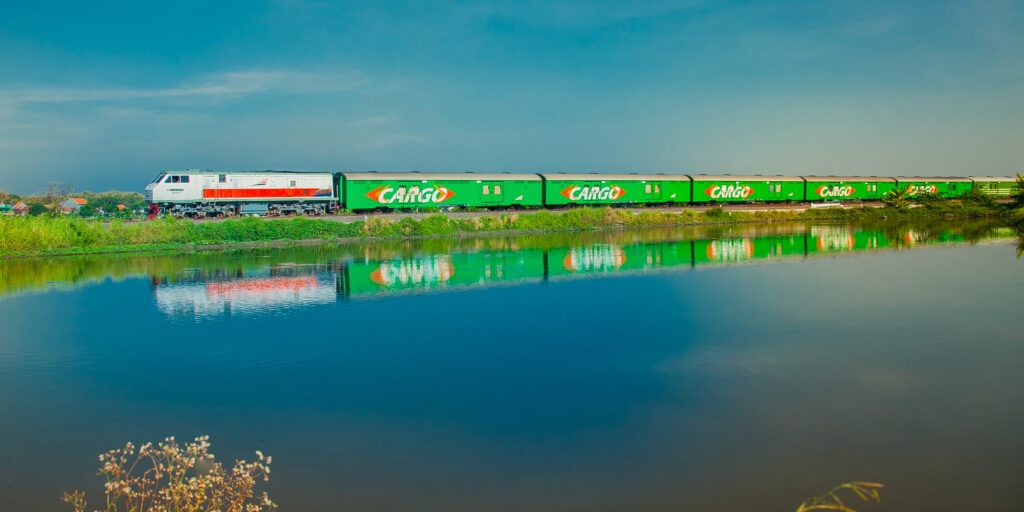 Freight train transport consists of coal and other transportation such as cement, fuel, container, bulk and farm, general cargo and BHP. In 2020, diversification of the freight transportation business has also begun to be developed by the Company, by trying commodity transportation and retail transportation.

The Company has also begun to explore to become part of the Industrial Estate ecosystem through several MOU signing that have been made with Pelindo I-Kawasan Industri Medan, Pelindo III, Batang Integrated Industrial Estate. The Company has also begun to develop innovations in marketing, especially supporting businesses so that customers continue to use the services offered by the Company.

Other Train Services in Indonesia