Laws and Regulations for Rail Transportation in Malaysia 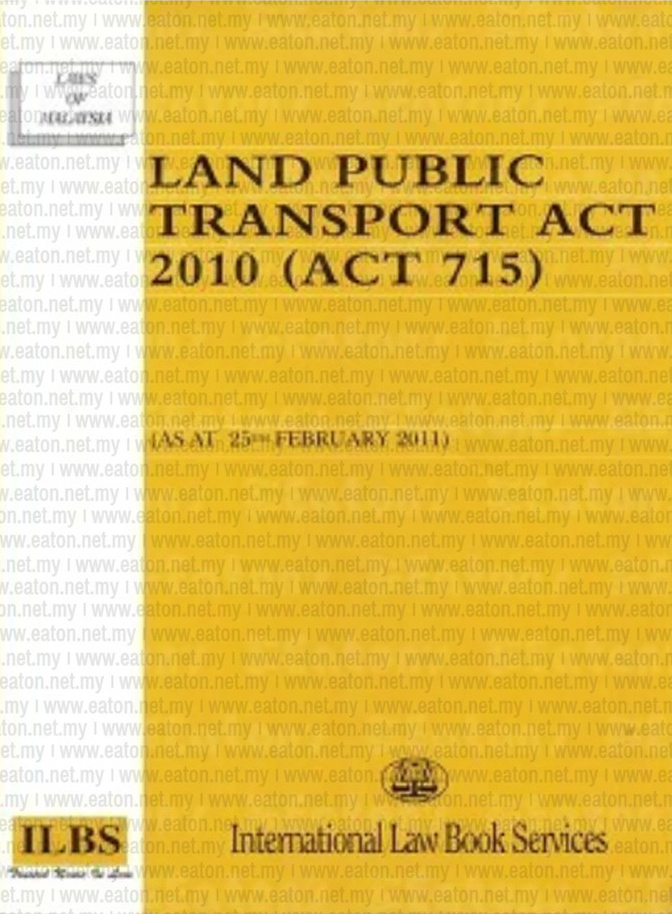 Laws and Regulations for Rail Transportation in Malaysia

Land Public Transport Act 2010 (“LPTA”) is the current applicable law and regulations for rail transportation in Peninsular Malaysia with jurisdiction over Peninsular Malaysia and excluding Penang Hill railway and Sabah railway . The passing of the LPTA was aimed to improve the entire transportation sector by reforming all regulatory operations under one single body i.e. the Land Public Transport Commission (“LPTC”).

The LPTC or Suruhanjaya Pengangkutan Awam Darat (“the Comission”) is a Malaysian statutory body established on 3rd June 2010, following the passing of the Suruhanjaya Pengangkutan Awam Darat Act 2010 by the Parliament in May 2010 . It is set up to plan for, regulate and enforce rules concerning land based public and freight transport in Malaysia. The Commission gained its full authority on 31st January 2011 with the gazetting of the Land Public Transport Act 2010.

All railway functions of the Department of Railways have been taken over by the Commission from 31st January 2011.